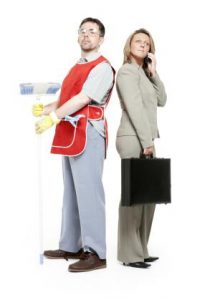 Can a woman nowadays be only a woman, or does she sometimes have to be a man too? And what about a man?

Earlier, a woman had a very simple role in society. She used to be a mother and a wife, supported by her husband, simply characterized as the weaker gender and that was all about the subject “woman”.

Fortunately, she’s become stronger, she has more rights, she is treated differently. A modern woman is a mother, a wife, she has a career, she takes care of her parents, she is a family backbone. And, where is the man? He stands and watches her, stuck between “the old one” and “the new one” and doesn’t know what to do. A man used to have a simple role too. He used to be a father, a husband, a family backbone. A career was reserved for him.

Suddenly, the roles have changed, emancipation has knocked on the door of Serbia, difficult economic crisis too, and the man becomes lost, asking himself what women really want and what his role is now. Both of them try to be a modern member of the modern society, a woman to behave in a modern way and a man to accept that. Who is happier? Are they happier at all then before?

It is good that women have more roles nowadays, but they really must be aware of the roles which the Mother Nature gave them. Women and men should be equal in many things but men should stay the stronger gender and everyone will know their role.

Do you know what I mean?
Tamara Pavlov, Advanced level